The Hysucat design used in the center console, fast RIBs and water transport boats offers the best features of a monohull and a catamaran combined. Although the boat behaves very much like a monohull, in turns it is running on an air cushion caused by air tunnels. At high speed, the boat rises out of the water and runs mainly on the center hull. The side hulls stabilize the boat. This reduces the wetted area on the hull, which in turn makes the craft more efficient, faster and allows the boat to run with smaller engines than an equivalent-sized monohull.

The basic principle behind the Hysucat is an effective hydrofoil system in the tunnel between two demi-hulls. This consists of a main wing located in front of the length emphasis in keel height, supported by two smaller wings in the tunnel at the rear of the hull, as shown in the diagram.

During voyage, the wings produce dynamic lift forces that partly lift the catamaran out of the water. The two flotation chambers ride lower in the water than monohulls and produce less resistance. During voyage, the hulls take over the lateral stability production and secure the course stability. 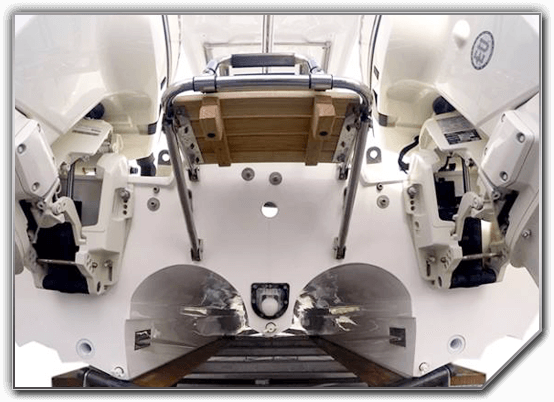 Due to its design, Hysucat vessels require smaller drive engines and they are much more economical in consumption, even in comparison to Deep V flyboats. The wing system ensures a strong absorption of vertical and pitch movements. The result is a smooth ride, even in rough waters. Such performance in rough seas is unique and unparalleled. A constant and gentle sliding and dipping in the waves is guaranteed. The hull remains stable during the entire voyage and shows no signs of hard impact in waves. Longer distances, even in rough waters, can be traveled without any major physical fatigue symptoms.

What further makes the Hysucat brand unique is its efficiency; the hull design has been tested and found to be up to 40 percent more efficient than conventional hulls. Effectively what the hull achieves is a smoother, faster, more economical boat. The centrally mounted hydrofoils lift the hull out of the water at planing speed, reducing the wetted-surface of the hull. This creates significantly less friction and performance is improved. The power required to plane the craft can be reduced and the savings translate directly into fuel savings. Engine life is also improved as it no longer has to work at high revs. The end result is a much softer, smoother ride than via a conventional hull and the ability to achieve high speeds with rapid performance that can be seen even with relatively small horsepower engines. 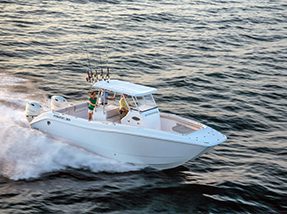 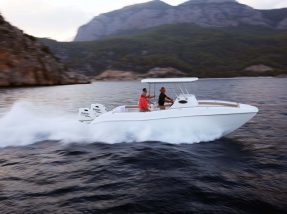 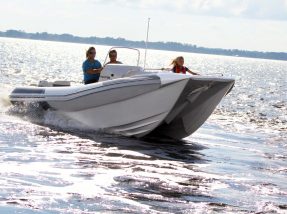 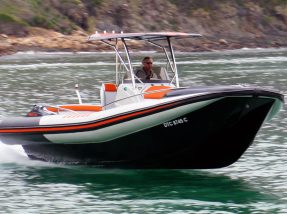 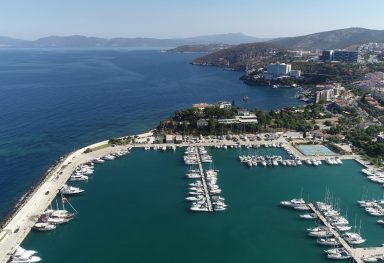 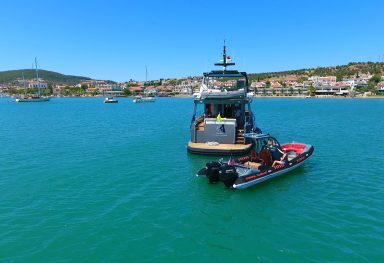 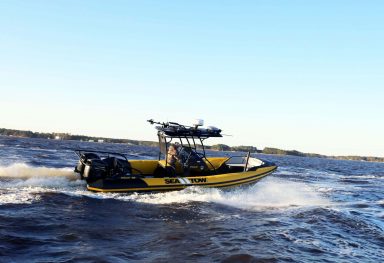