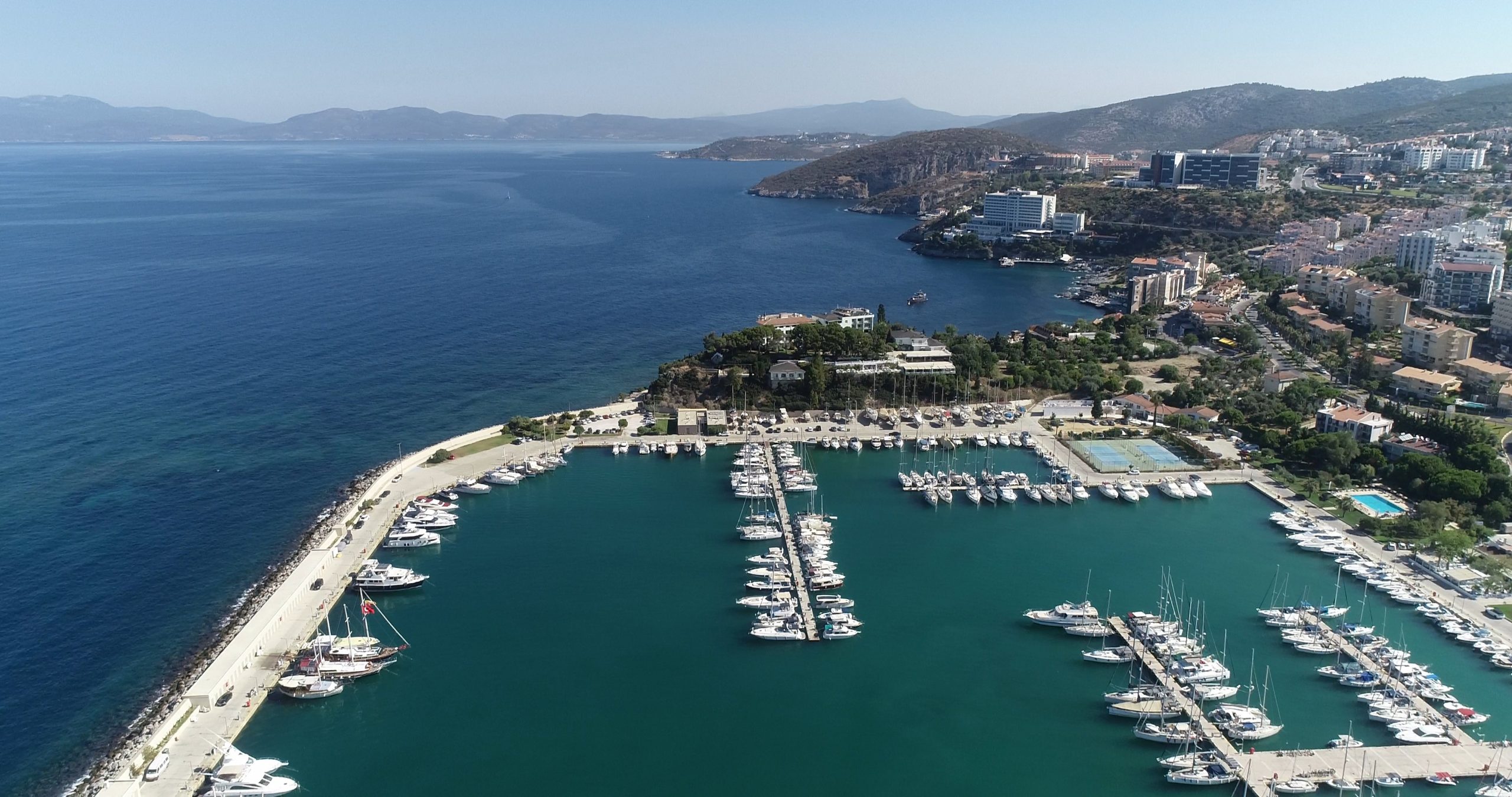 On Day 7, the Bering Yachts expedition has finally crossed an “equator”. In other words, the travelers climbed up the Aegean coast of Turkey to reach a small village Ayval?k that is the furthest point of travel. However, the true goal was an ancient Pergamum, which lies some 25 km deeper inland.

As if Izmir, Kayakoy or Ephesus were not enough Pergamum looks even more magnificent. Probably this is the largest well preserved ancient city in western Turkey. With breathtaking views from Acropolis Pergamum really deserves to be the “equator” point of the trip.

Battling through heavy seas Bering70 reached Ayval?k in the morning after 8 hours of travel. Due to its large displacement, the yacht managed to make steady progress despite the sea state. The fuel consumption was not affected by the weather – again around 120 l spent to cover 70 miles.

After night of rest, the crew was hungry for impressions so Hysucat hydrofoiling RIB was at hand to reach the shore quickly. In half an hour, the travelers passed Ayval?k and Turkish settlement Bergama where the ancient Pergamum is nearby. After that, the road started to climb high until the final parking. Further, the site had to be explored by foot.

In many ways, Pergamum shares the same story as Smirna and other Aegean shore cities. Established by Greeks in 13th century BC it was several times abandoned and restored before the final devastation happened at the beginning of 20th century. However, consider that Pergamum was one of the largest cities of the Greek civilization. Its library was second to The Great Library of Alexandria and the theatre was one of the largest and the steepest in the ancient world. In the period of its greatest development Pergamum had up to 300 000 inhabitants. It was so well developed that in Berlin there is a devoted museum – Pergamonmuseum full of artifacts moved from Pergamum in 1919. Large collection has the British Museum as well.

No wonder that sightseeing has taken the whole day, so there was less time for dinner. Therefore, the crew eventually decided once again to amend the schedule and stay in Ayval?k for one more day to continue discovering the region. This is well-deserved rest considering that in 6 days Bering70 has covered more than 500 miles.